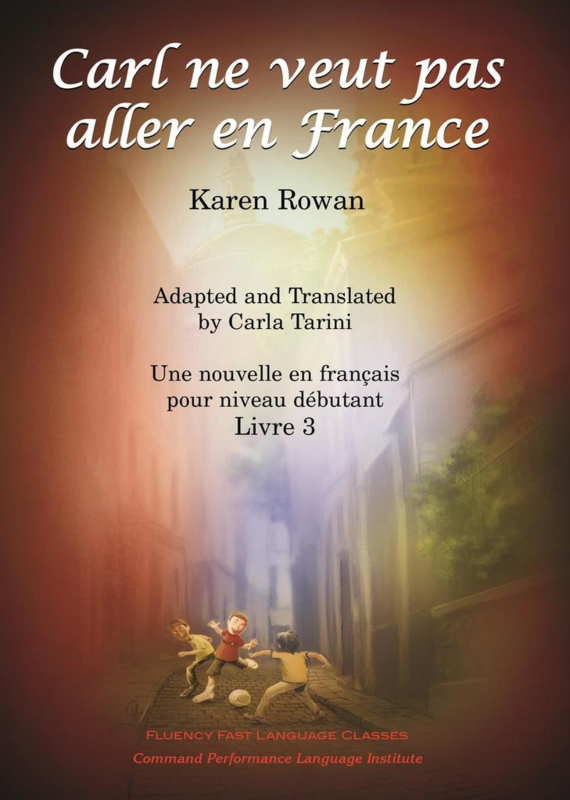 Carl is a 9-year-old boy and he is not happy. His mother wants to live in France. Carl does not want to go to France. The idea is absurd! He doesn’t speak a single word of French. When he arrives, he doesn’t like French food. He doesn’t have any friends. He is des- perately unhappy. But when he finds starving, stray dogs in the side streets in Paris, he discovers that he is not the only one who is mis- erable. Will Carl get to the dogs in time or is it already too late?

Carl ne veut pas aller en France is the third novel in the Fluency Fast series for beginners. It uses a vocabulary of approximately 440 words to tell a 5800-word story. It is repetitive and simple and includes numerous cognates to make the book comprehensible to beginning adults and children.