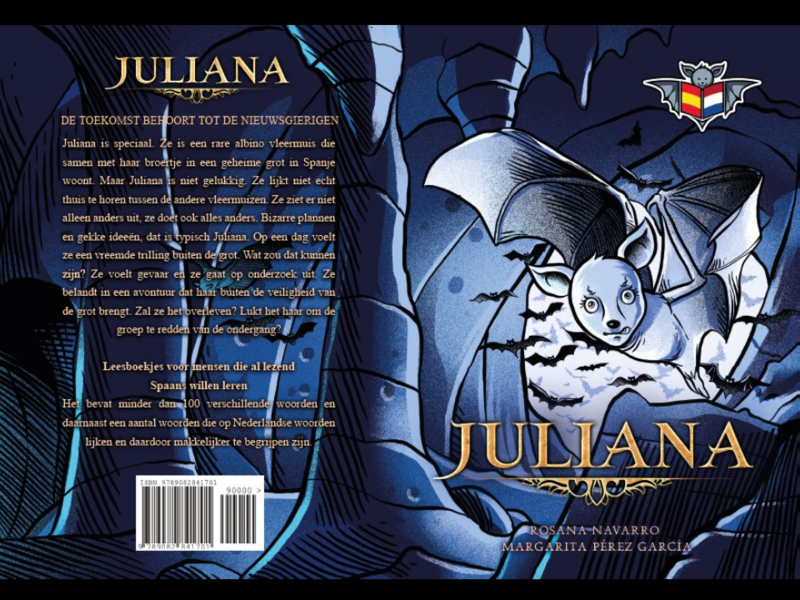 An easy Spanish reader for language learners with less than 100 unique words plus a few that are similar in both Spanish and English. Juliana is special - a rare albino bat who lives with her brother in a secret cave in Spain. But Juliana is unhappy. She doesn’t seem to fit with her bat colony. Not only does she look different but she does everything differently. Far-fetched plans and crazy ideas, that’s her! One day, she feels a strange vibration coming from outside the cave. What is it? She senses danger but no one will listen. Juliana sets off to investigate and is drawn into an adventure that takes her far beyond the safety of her cave. Will she survive? Can she use her special abilities to save her colony from destruction?