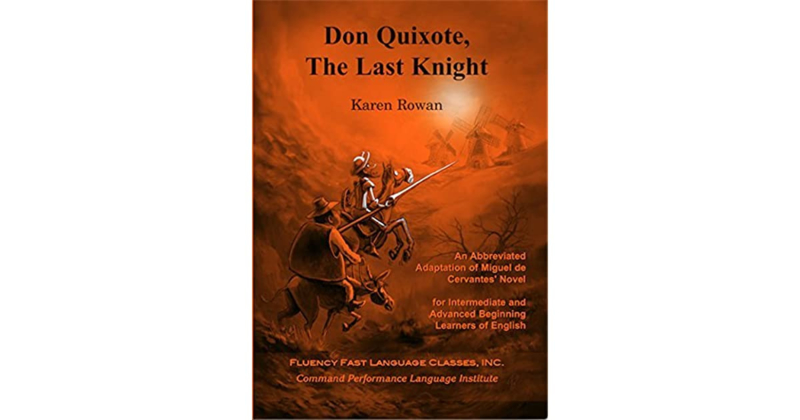 Don Quixote, The Last Knight is a novel for intermediate and advanced beginners in the Fluency Fast series of readers. It uses a vocabulary of fewer than 370 different English words to tell a 1,400-word story in the present tense and the same story also in the past tense. It is repetitive and simple. The stories are intentionally written to be acted out in a class, but also to serve as independent reading in either the present or the past tense. Don Quixote, The Last Knight is an amusing, ironic and at the same time tragic story. Don Quixote is an ordinary Spaniard with an extraordinary imagination who believes that he must achieve great feats to honor a lady. He falls in love with a waitress that he considers to be the ideal lady. He and his companion Sancho Panza have adventures in which Don Quixote is always mistaken about what he finds along the way while Sancho sees what is really there. The story is based on Miguel de Cervantes The Ingenious Gentleman Don Quixote of La Mancha, published in the 17th century. Many consider it to be the best book of fiction ever written.